Holiday rehearsals have begun – Wednesday nights – 7-9 at Soule Road School in Wilbraham! Come join us in the fun! 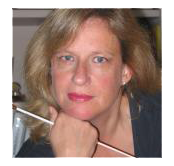 Juli E. Sansoucy brings years of creative experience to the Old Post Road Orchestra. She holds both Bachelor’s and Master’s degrees from the University of Massachusetts at Amherst, as well as advanced coursework in music history, music theory and educational leadership. She was the Doctoral Conducting Assistant for the University Wind Ensemble and Symphony Band from 2007-2009. Her public school teaching background is primarily as a band director in New Hampshire, Vermont, New Jersey but mostly Western Massachusetts. Most recently she served as Director of Instrumental Music, Director of Bands and taught coursework in music education at Anna Maria College. As a horn player, Sansoucy was a member of the Massachusetts Wind Orchestra under Malcolm Rowell, a twenty-two year member of the Pioneer Valley Symphony, as well as numerous other organizations in the Pioneer Valley and Southern Vermont. She also spent four seasons as the Conductor/Music Director of the Valley Light Opera in Amherst, MA.

Ms. Sansoucy’s talent, knowledge and good humor have steadily raised the level of musicianship in the orchestra and have paved the way for more difficult literature. Musician members both young and old respond enthusiastically to Conductor Sansoucy’s direction. Her passion for knowledge about music and music itself is apparent both in her program selections and in her rapport with audiences and musicians alike.